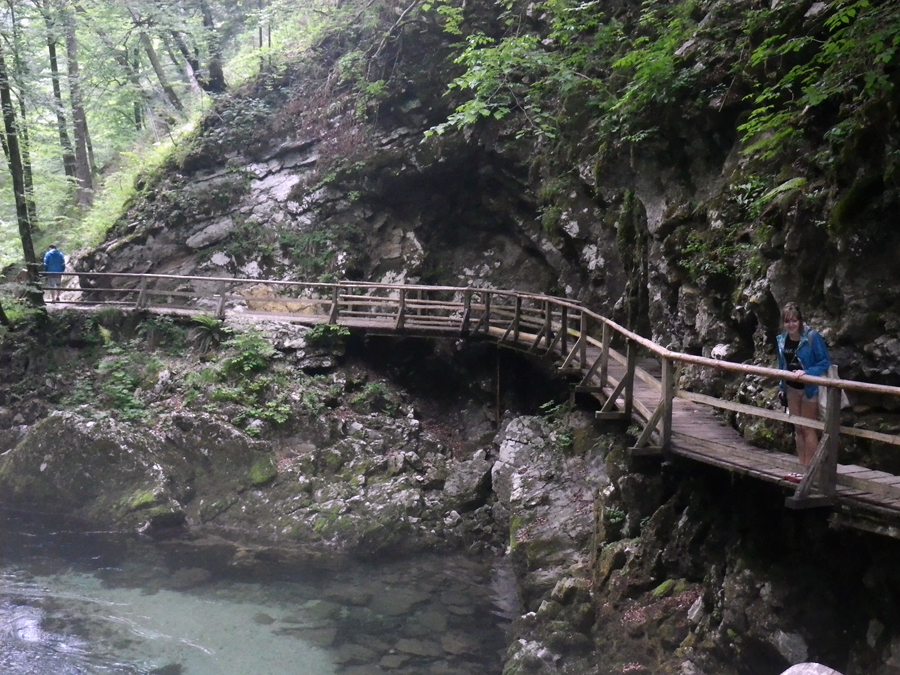 We headed back towards Lake Bled via a gorge! It was late in the day, it had been raining heavily in the morning so we started our day a bit later than planned, but it meant the gorge was practically deserted when we got there. We paid a couple of euros to enter, then followed the path around the edge of the gorge. We had timed it to perfection as there were a couple of very skilled kayakers making there way down through the rapids, someone was photographing them and there were a bunch of people following them, that combined with the eery mist that hovered in the gorge made for a great atmosphere! Once they had finished, we continued along the rickety wooden path down to the main waterfall. Ben ran down and took a pic of us above it! We were now pretty knackered so headed back to camp and had a cheeky jaeger…!

Look back at previous posts…