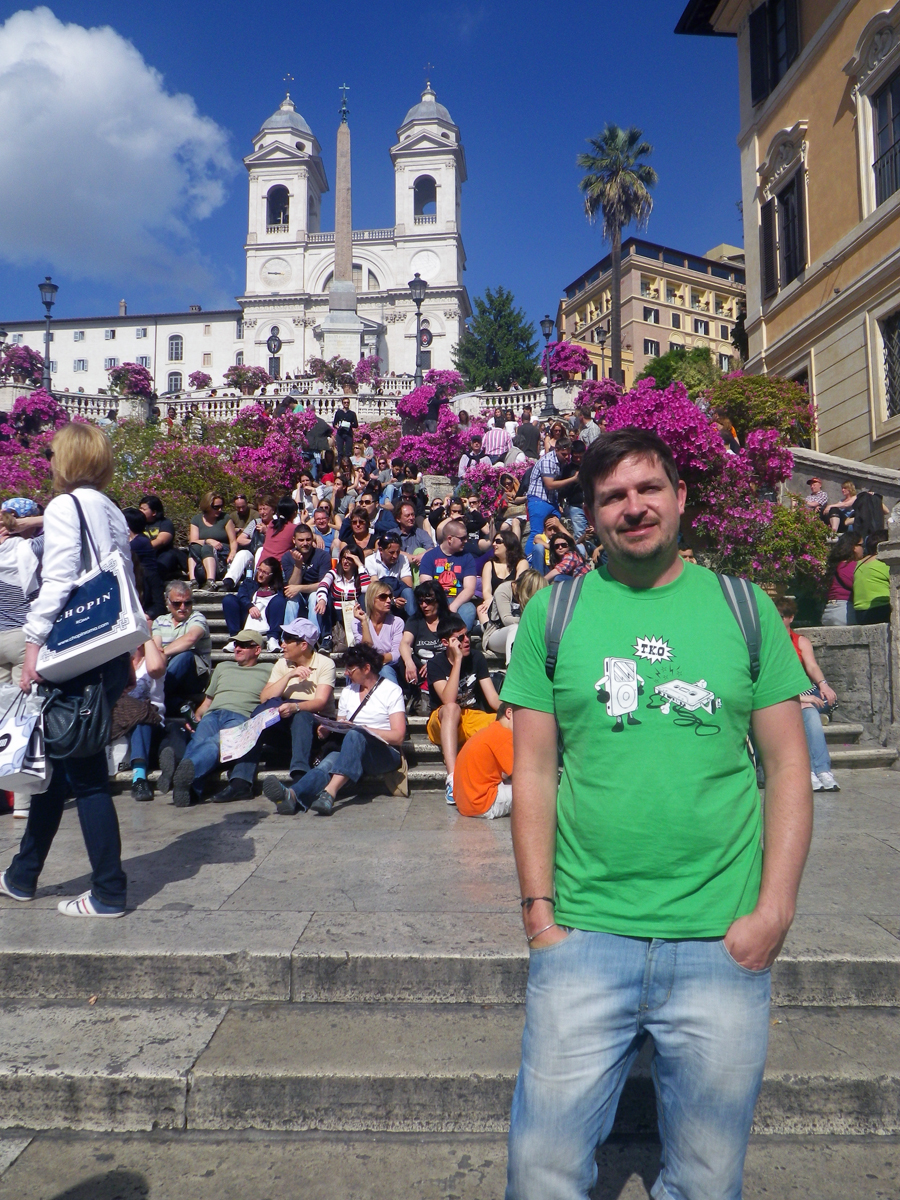 We were back on the Rome ring road and heading for the airport to meet Maz/Pez, they were on an early flight that arrived on the Saturday morning. We drove around a few country lanes surrounding the airport to kill time and avoid paying for the car while we were waiting for the plane to land…we managed to end up down prossie alley again, only this time they were old haggard Italians!! After a tongue waggle from one of the old ladies on the side of the road we decided it was best to pay for the car!!

We picked up Maz/Pez, sped back round the ring road, avoiding the dodgy Italian driving, had some breakfast then got on the shuttle bus to the station and into Rome. It was still pretty sunny so we made the most of it while it lasted and did a bit of a walking tour of Rome. Down the Via del Corso, past the Trevi fountain where we stopped for lunch, into the Pantheon, across to the war memorial which i initially mistook for the Spanish steps (!) not that it mattered as it turned out to be an interesting building with a free war exhibition and there was an awesome church covered in lots of chandeliers, there was also a really good view from the terrace over to the colosseum. We carried on walking to the real Spanish steps (!) and along the Via del Babuino past all the boutiquey shops to Flaminio station that took us back to the campsite.

One thought on “Marie-Ann and Pedro arrive!!”

Look back at previous posts…